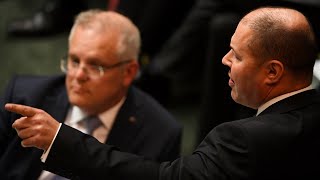 EXCLUSIVE: Treasurer Josh Frydenberg says the combined efforts of the Reserve Bank and the federal government to put “an extra $100 billion into our financial system” is aimed at making more money available for small and medium sized businesses.

On Thursday the Reserve Bank of Australia announced further rate cuts bringing the official interest rate to 0.25 per cent, the second rate cut of March.

The RBA Governor Philip Lowe announced measures designed to allow banks to assist with businesses to keep afloat including $90 billion, which banks can borrow and then lend to small and medium sized businesses.

“I do call upon the banks to show that generosity of sprit to work with their customer to provide that relief,” treasurer Frydenberg said.

Mr Frydenberg told Sky News host Paul Murray the current crisis is a “team Australia moment,” and whether its an energy company, bank or a landlord “you have to understand the predicament which your customers are in”.

The treasurer spoke of the $25,000 grant for small and medium sized business which he said will be provided “automatically through the tax system” and will be a cash payment which dopesn’t need to “be paid back”.

“Money will just make its way into the bank account of that small business”.
The Treasurer calls for banks to ‘show the generosity of spirit’ towards customers
Uploaded on YouTube by Sky News Australia
Category :    News & Politics